Create a packaging design for a set of three hot sauces. The design should be eco-friendly and use minimal material.

Hellfire Hot Sauce is sold in a set of three, allowing buyers to have the option of three heat levels, ranging from mild, medium and spicy. Rather than using traditional icons indicating levels of spiciness, the illustration on the bottles are the indicators themselves. An erupting volcano's smoke ranges from small to large, indicating the intensity of the heat. A colour code is also added to further reinforce the level of spiciness. The packaging is black so that the vivid colours will have a high level of contrast and can stand out when lined up on a shelf.

Since the mandate was to use as little material as possible, rather than selling the set in a case, the bottles are held by their necks with one single strip of material. With the money saved through material, a rope was added to not only function as a comfortable handle, but to also add a rustic touch. 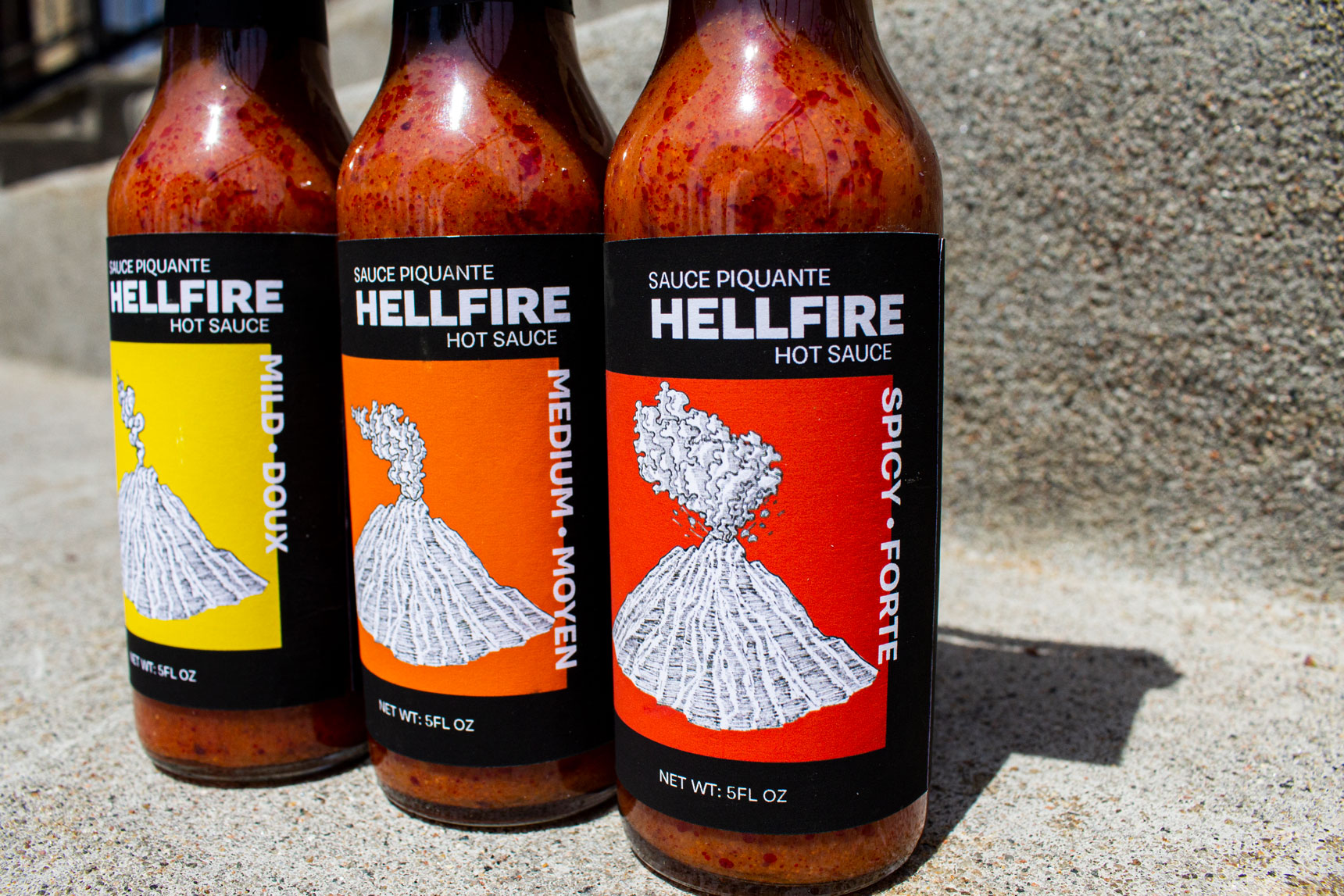 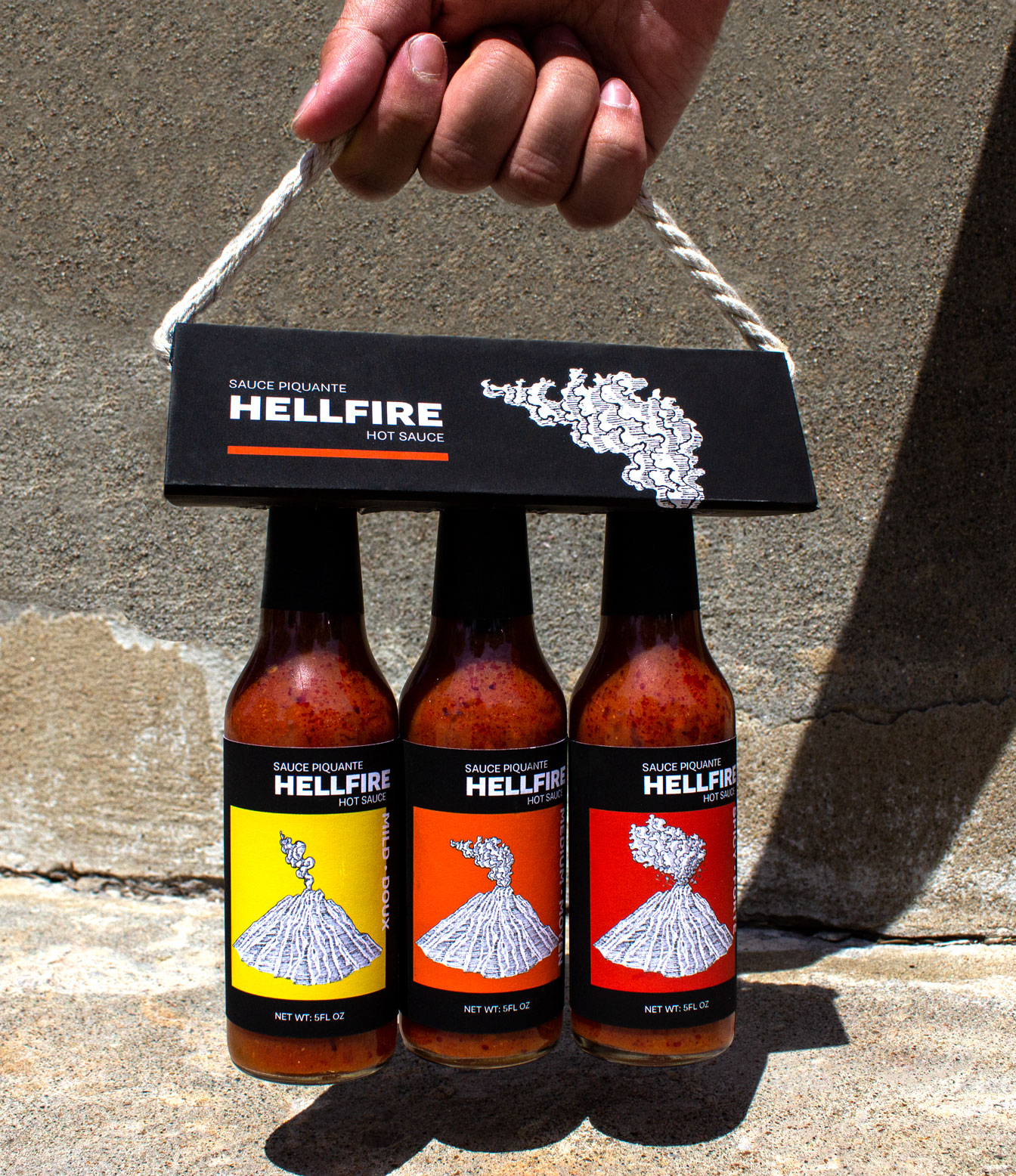