The End of Silence

My approach while creating this poster utilized the core themes already present in the music produced by Matthew Herbert. The End of Silence is an hour-long album that was created using a 30-second sound clip of a bombing in Libya by a pro-Gaddafi plane. While the clip is only 30 seconds, it is transformed over the course of the album to create a work that fills the listener with feelings of tension and chaos.

Focusing on the bomb itself, the visual for the poster was created to evoke that feeling of an explosion. The abstract image was achieved by dropping food colouring into a bowl of water and photographing it from above. Just like a short moment in time that created the sound clip for the album itself, the drop of colouring is a singular instant that creates a chain of events greater than the mere moment of occurrence. My direction for the poster captures how an instant in time can change drastically like a bomb dropping leaving ground zero forever different than it was just a moment ago.

The process was simple: drop the food colouring into a bowl of water and capture its progression through a continuous sequence of shots. 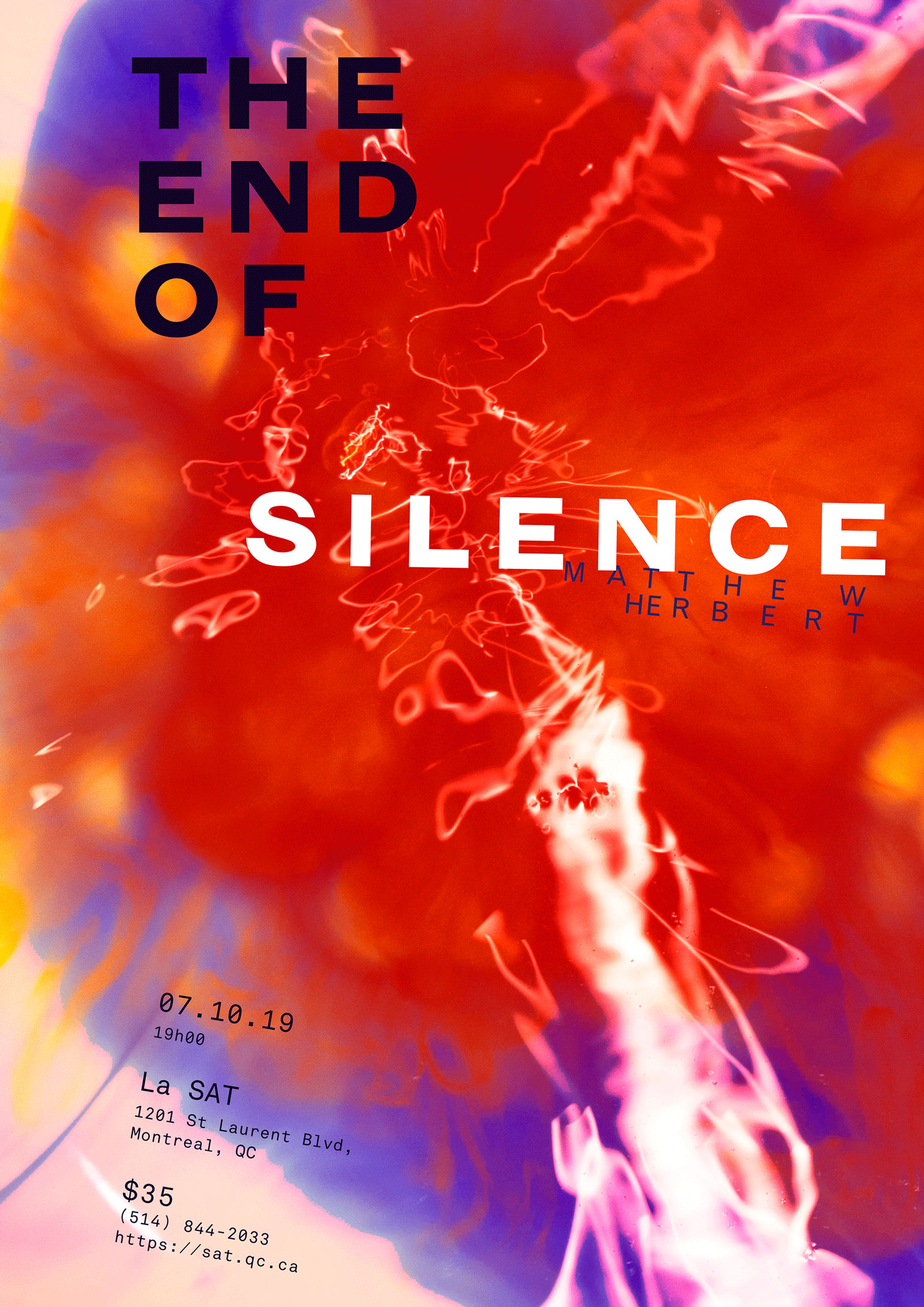 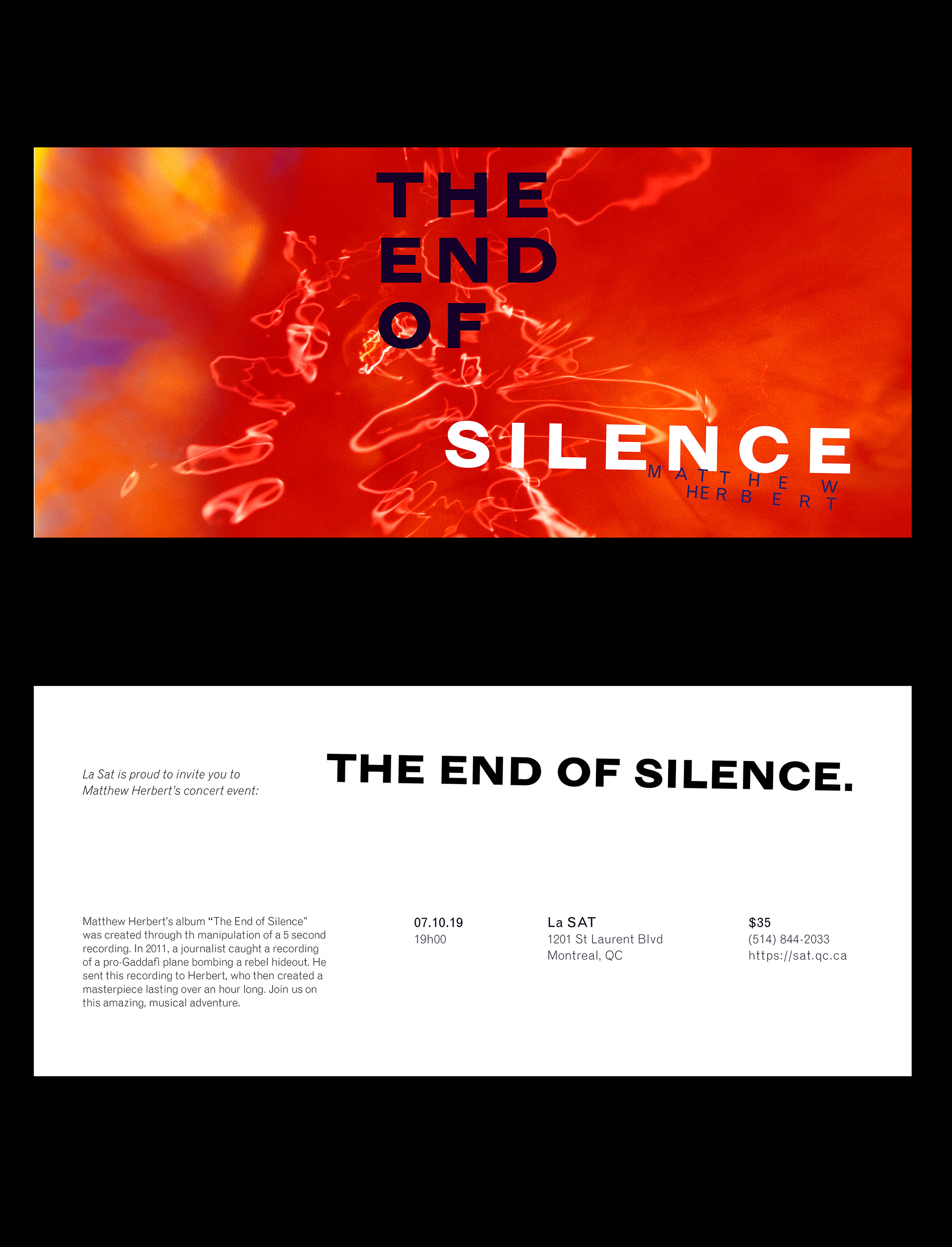